Posted by Suzannah Evans in Climate Change, News on March 5, 2013

More than three quarters of people in Wales are concerned about the impacts of climate change on Wales, on developing countries and on the natural environment. And nearly 60% would vote for politicians committed to climate protection.

This is the result of a new survey[1] published today (March 4th) by researchers from Aberystwyth, Bangor, Cardiff and Swansea universities.

Gareth Clubb, Director of Friends of the Earth Cymru, said at the Climate Change Consortium for Wales’ launch of the report:

“Opinion polls consistently tell us that the public is right behind efforts to reduce climate-changing emissions. This new survey is a clear sign to our politicians that voters in Wales are demanding strong action on climate change.”

“More than three quarters of people in Wales are concerned about the impact of climate change on the natural environment, and on developing countries around the world. And nearly three quarters of us believe that Wales should be setting an example to the world on climate action.

“As the consultation on the government’s Sustainable Development Bill proposal closes, this sends a strong message to the Welsh Government. The people of Wales overwhelmingly support taking responsibility for our impacts, particularly the impact on those in the developing world who are already suffering from the effects of climate change and the depletion of natural resources.” 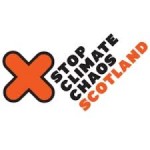 Charles Musselwhite
@charliemuss: RT @m_hemsley: Active Travel Bill must be first of many bold steps to cut transport emissions in #Wales. My blog for @scccymru http://t.co/…
1 month ago

Matt Hemsley
@m_hemsley: Active Travel Bill must be first of many bold steps to cut transport emissions in #Wales. My blog for @scccymru http://t.co/oGqdfDLGPn
1 month ago
view more »

Get the Flash Player to see the wordTube Media Player.