Will the new Welsh Government Take Action on Climate Change?

Posted by Louise in News, Policy, stop climate chaos cymru on May 17, 2011

With the new Welsh Government in place, now is the time to remind our elected representatives that action on climate change must not be neglected, especially as our proposals for action could create up to 20 000 jobs a year in Wales, targeted in the areas that need them most.
We’ve altered our Candidate View-Finder at the [...]

Posted by Louise in Policy, stop climate chaos cymru on May 4, 2011

Dr Calvin Jones, an economist at Cardiff Business School discusses one of Stop Climate Chaos Cymru’s proposals for action on climate change - a full energy refurbishment of over 400 000 homes in Wales.
These would be concentrated in the areas of poorest housing: creating 20 000 jobs where they are needed most and tackling fuel [...]

Welsh Twitter users are putting climate at the centre of the debate on the Welsh Assembly elections. Our analysis found that ‘Climate’ is ahead of other key words such as ‘Campaign’, ‘Party’ and ‘Cardiff’.  This puts it in the top twenty most used words on twitter using the official elections hashtag - #senedd2011.
Many users are tweeting about [...] 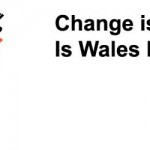 Is Wales Ready? How Welsh Assembly can Combat Climate Change

The Stop Climate Chaos Cymru report launched at the Labour conference on Saturday can now be seen below in summary form.
Dr Calvin Jones of the Economic Research Unit in the Cardiff Business School has researched three areas of investment for the Welsh Assembly Government that will see returns in tonnes of carbon saved and numbers of jobs [...]

Sign up to become a Climate Activist to spread awareness & pressure Assembly Members for change!

Get the Flash Player to see the wordTube Media Player.